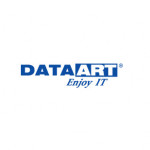 DataArt today announced completion of an augmented reality app Cactus AR, featuring a fully interactive digital cactus. Users can water and fertilize it with the sprinkler and spade buttons, displaying a variety of animation and simulation scenarios. The Cactus AR App is now available for download from the iTunes App Store.

To access the application, users print and place the marker at their desired location. The marker is available for print directly from the app with AirPrint or can be emailed as a PDF file. By pointing the iPhone/iPad camera at the marker, the Cactus will appear on the device screen boasting assorted animation features.

Traditionally augmented reality technologies have supported more practical promotional, e-commerce, and advertising campaigns. The maturation of mediated applications continues to be hampered by technical hurdles such as computer vision and object recognition. However, DataArt’ Cactus AR app joins the ranks of similar technologies exploring the potential of augmented reality. While serving as a leisure app, the compelling design of Cactus AR represents a new foray of dimensional apps altering interactions by inserted virtual objects or static objects animated when viewed through a device’s camera lens.

“As a nascent technology offering massive scaling probabilities, augmented reality has always fascinated our team,” said Eugene Goland, President of DataArt. “Transforming devices to bridge the real and digital worlds is the foundation of any developer’s imagination. With the Cactus.AR app, we are expanding our horizons by delving into the next phrase of disruptive technologies.”