DEAC – the Fastest Growing Company in the Baltic ICT Market 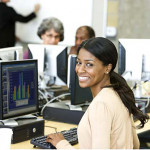 Baltic ICT Market review, launched by the Prime Investment, indicates that Latvian companies have become successful service providers with high potential in export. According to the research data, local data center operator DEAC reached the largest growth in revenue from IT services, becoming one of the fastest growing companies among major Baltic ICT service providers.

Prime Investment is one of the leading investment banking companies in the region, annually launching Baltic ICT Market news – a review of recent corporate developments in the sector of information technology services in the Baltic States.

Prime Investment have ranked leading Baltic IT services companies by their revenues and export growth, where DEAC ranked among Top-5 best exporting companies in 2013, growing by almost 100% in export. Moreover, DEAC ranked 2nd among other companies by the value added per employee.

In the previous period, DEAC faced positive challenges while implementing its strategy and reaching business goals. Company has done an impressive work by enlarging its infrastructure and providing clients with one of the most modern virtual platforms in Northern Europe. Significant improvements in infrastructure allows to effectively store and process client’s data and provide high quality services in the local and international markets.