Software Development Trends to Watch in 2015 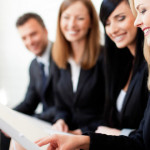 Today we all live and work in the Internet Century, where technology is roiling the business landscape, and the pace of change is only accelerating.

The Internet of Things (IoT), big data, and software-defined everything dominated IT news in 2014.

This year, according to Gartner rise of smart machines, ubiquitous access and software-defined architectures will reshape the industry, as well as force well established companies to compete with startups that adopt emerging technologies faster than others.

Well, maybe Apple predicted the future back in a day with their ‘there’s an app for that’ campaign after all. Indeed we have an app pretty much for everything these days, but will those still be native apps that require extra development costs, and time? Probably, but not all of them. Experts predict a drastic change in mobile development industry with less native, and more mobile web applications; and, of course, Windows 10 that promises to bridge the gap between desktop and mobile.

2014 was the year of major data breaches with a number of companies alerting customers of potential data losses, and some experiencing internal hacks. This year every application or service that will hit the market will be made with the latest and toughest security in mind. In fact, we will see a lot of specialised security enabled projects emerge this year.

In 2015 we’ll see more businesses move to the Cloud. It’s a no brainer. Cloud gives you all the benefits of traditional applications and services, but takes it to another level. By 2014 over 87% of businesses in the US adopted Cloud services. About 70% of them say they have invested money they saved by operating in the Cloud back into their businesses. This number is expected to grow dramatically in future.

According to Gartner in 2015 Cloud will become an absolute must have due to its data security management and resources scalability. Also, experts estimate companies to adopt a trend of building Cloud compatible or Cloud-optimized applications from the scratch instead of porting the existing ones to the Cloud.

With commercially available Google Glass on its way, Microsoft has released HoloLens at the end of the year, a virtual reality device of its own. Well, we’ve seen the rise of app development for the first one, and the trend will probably continue with HoloLens and a variety of similar products, but this year we expect the rise of so-called smart-watches, and the technology behind it. Experts estimate one of the most challenging parts to be UI/UX of the applications due to small screen sizes, and a high demand for smartphone-like functionality.

There will be more data, more cloud, more data discovery, more visualization. Basically, this year everything that will happen within Big Data & Analytics can be described with a single word ‘more’, but couple of items deserve special attention.

According to InformationWeek this year Cloud-based data warehousing will be on the rise, jumping to 34% from just 24% in 2014.

We will see the rise in adoption of Hadoop and NoSQL as well. The main factor that drives the interest is faster, more flexible development than achievable with relational databases. But what actually is suppose to bring those to the new level are techniques like machine learning and data visualization.

According to IDC, “Big Data and Analytics market will reach $125 billion worldwide in 2015″

This year, according to experts, we’ll see the rise of web design trends. Those include: grid layouts, flat design, background videos, and the increasing capabilities of HTML5 APIs.

The responsive design will evolve as well, and according to some designers, while the web and native might not become the same, they will definitely get much closer. For instance, Apple’s Watch UI/UX relies on a responsive-like flow to accommodate a small screen.

We’ll see a lot of third-party integrations through various APIs, self-assembled websites will be a big thing in 2015, and material is expected to dominate the web world.

As for the web applications, the demand for fast delivery, and scalability will rise this year. Startups will continue to adopt such technologies as Ruby on Rails, Django, and other easy to work with, free open source, and fast on delivery web development frameworks with a community of supporters.

While we might see the rise of new cutting edge technologies, maybe new web development frameworks, the internet of things, smart fridges, and artificial intelligence, the main trends will mostly consist of adoption of well-trusted technologies. Those will evolve, helping businesses scale, and acquire new customers. But if you want to think upfront, be a step ahead of your competitors, you might want to consider some of the choices.