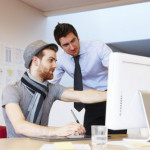 DevGAMM was founded in 2008 by Lerika Mallayeva, who at the time worked as a flash animator in the indie studio. The first event then called FlashGAMM gathered around 100 developers interested in Flash technologies and appeared a great success.

In 2009 FlashGAMM lined up with Absolutist company and reached more than 800 people. That was a huge achievement for CIS event.

In 2013 it became obvious that Flash could no longer be the sole focus of the conference and FlashGAMM had to go through a transition period that led to a new name (DevGAMM) and acquisition by the US-based game publisher Renatus Media.

Benefit from 40 to 60 high quality sessions, discussion panels and workshops focused on: