Is DevOps the Holy Grail for information security? 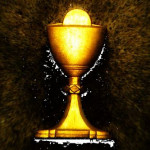 DevOps is the computing philosophy that, through unified agile software development and business operations, you can improve your products and time to market. But does it actually improve information security?

DevOps refers to the “integration of development, IT operations, security, and quality assurance under a single automated umbrella”.

In short, it is a cross-business effort to turn software development on its head with shorter cycle times, faster testing times, more automation – and better (and more secure) code.

DevOps looks to do this by establishing a continuous loop where teams across the business work together to plan, code, build, test, deploy, operate and monitor. By doing this, software development becomes more flexible and efficient, and finished products are of better quality.

The benefits of DevOps are well-publicized, from improving the quality of software and the speed to market to reducing the governance and compliance risks.

And yet, for all of this, there remains a huge question on the role information security plays in this whole process. There has been a big push for companies to go beyond DevOps and adopt DevSecOps – the process of involving information security in all parts of application development.

This is not easy however. The tricky relationship between security and IT teams is well-documented (and reportedly sometimes even worse in organizations with DevOps teams), while it’s worth noting too that DevOps and DevSecOps have different operating models and objectives.

With DevOps, the aim is to bring the operations team into the development team so that it wasn’t just something to be added on to the end of a project. Sending a release “over the fence” to Ops is now no longer something any sensible company does.

The same applies with DevSecOps – there is a need to ensure that security is not an afterthought for an isolated department to look into, but rather integrated at all stages of a development project and beyond.

Google and Amazon lead the way

Most companies that have adopted a DevOps model have seen a number of early benefits; a recent survey found that companies that embraced a DevOps methodology increased their speed to market by 20 percent, leading to a 22 percent boost in customer relations and a 19 percent increase in revenue.

Another survey revealed that 52 percent of companies to have adopted DevOps methods increased their customer satisfaction and conversion rate, with 38 percent increasing their sales.

Google and Facebook are arguably the early pioneers of DevOps, using DevOps to innovate with their new and existing cloud products, and the same is true of Amazon with its cloud platform AWS.

Yammer cites continuous delivery as key to improving its iPhone app, while US retailer Walmart launched its cloud-based OneOps platform so that developers could develop and launch new products faster, “and more easily maintain them throughout their entire lifecycle.”

Other firms, both big and small, have used DevOps methods to shorten software development from days to hours and it looks like there will be many more adopters later this year; Gartner predicts that a quarter of 2,000 global companies will have adopted DevOps by the end of 2016 as the concept evolves from a “niche to a mainstream strategy.”

Despite these early examples, there has been some question as to if DevOps can improve information security, especially with infosec teams demanding complete visibility over the entire computing environment, and constricted by stringent regulation.

Most experts believe that security can benefit from DevOps, with the ‘security by design’ ethos integrated from the start and with security also always balanced with the business objectives.

In addition, by automating security and regulatory compliance tests throughout development, deployment and production cycle, it has been claimed that security can reach a level never seen before.

“DevOps is actually a boon for security folks, who can, with the right automation and operational tools, inject security earlier into the development process, and increase the security of the code that ultimately reaches production,”

He says that flaws can be fixed faster than before.

“Where vulnerabilities are found [fixes] are quick to be implemented. So I guess it’s a net security win overall.”

Andy Chakraborty, a London-based DevOps and security consultant, and the former global security manager for The Office of Tony Blair, added in an interview:

This allows a much better understanding of what the application does and where its weaknesses lie, making it easier to secure. And with the proliferation of security bugs like Heartbleed and Shellshock, a good understanding of development ultimately allows operations personnel to make more informed decisions.”

“As security people, I hear many pushing back on the DevOps movement,”

Participate in or create cookbooks for security. Create Audit scripts to check for known security items you don’t want going into production.

Instead of trying to slow the process down, contribute and grow to make for a more secure environment.”

Despite this, and the push by some to progress DevOps to DevSecOps, not everyone agrees that the DevOps and InfoSec partnership is a harmonious match.

There are those that say it can cause problems for the security team, most notably making it harder to understand the risks facing your organization.

With traditional IT, development and deployment times can be long, meaning that the security team has the time and resources to check the code and harden security at the end of the development cycle.

But with DevOps, getting visibility into those gaping holes before an application is launched is more difficult because there is little time to ensure that security is hardened. After all, how can you check security when DevOps advocates like Amazon AWS are releasing code on average every 11 seconds?

In addition, others say that DevOps can automate the wrong processes, and ultimately move the firm away from measuring the actual security and compliance risks. This can create a false sense of security.

Like any new technology concept, DevOps does have numerous challenges to mainstream adoption.

First and foremost is arguably the name itself. Some argue that the continuous development of IT has been around for years, while other cynics suggest – as this article does – that some data center providers are simply using DevOps as marketing spin.

Board executives often want a definite ROI established before going ahead with any project, while there is the non-trivial task of rolling out a DevOps awareness program to make the transition as smooth as possible.

And it appears as though these issues are holding some firms back; last month, a study sponsored by CA Technologies suggested that only 20 percent are adopting DevOps, with the majority of organizations failing to address ‘the key requisites for revenue growth’.

The study added that most companies fell down on having a business-led approach, as well as the appropriate skills and IT resources.

Subsequently, there is clearly some way to go before DevOps is mainstream, and the security benefits are realized by all organizations.

Ultimately though, it’s tough to disagree with Microsoft CEO Satya Nadella’s assertion that every business will become a software business in future, with DevOps – so long as security is integrated – playing a pivotal role.