Report: Digital Health Startups Raise $2.5B in Q1 Even As Deal Volume Declines to Six-Year Low 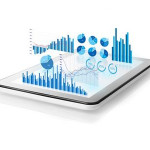 Digital health startups raised $2.5 billion across 124 deals in the first quarter of the year — a record high amount for the first quarter but lowest deal volume since 2011, according to a report from StartUp Health.

Big data analytics business Grail’s supersized $914 million Series B fundraise accounted for a big chunk of the funding raised for the first quarter.

Like Ping An Good Doctor’s $500 million round last year, Grail was also a spinout — in this case from Illumina.

Although Grail is considered a cancer diagnostics company, it also has biotech software component, with high-intensity sequencing tools to detect signs of cancer in the blood, including ctDNA.

Interestingly, Grail is somewhat similar to Freenome, a company that raised $65 million in March.

Venrock topped other investors with four investments in the quarter. Among them were Virta Health — a health IT startup that claims it can help people reverse Type 2 diabetes.

At this time last year, StartUp Health noted that startups in digital health had raised $1 billion in 100 deals, dominated by health insurance startup Oscar with a $400 million fundraise.

Although big data analytics companies raised the most — $286 million — the patient/consumer experience category accounted for the highest volume of deals at 20. 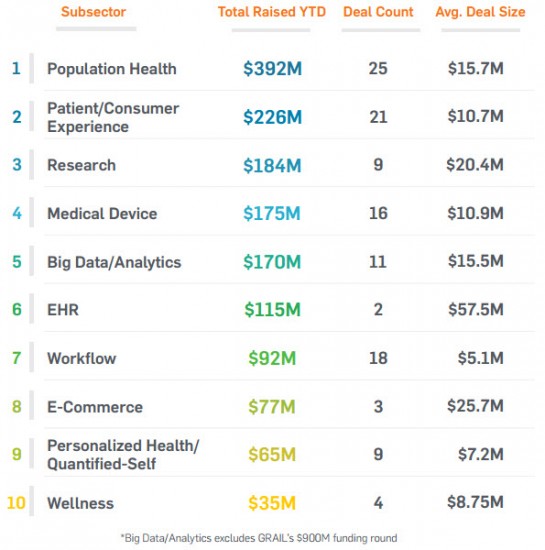