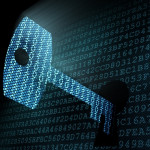 A comprehensive study of Brits’ usage of and attitudes to digital media, conducted annually by telecoms watchdog Ofcom, suggests there is growing concern among web and app users about the privacy of their personal data.

The latest study, published today and based on responses gathered in 2015 — the tenth year the research has been carried out — notes that concerns about media among users are “broadly unchanged” since 2013, but does flag up a rise in concern among app users specifically about what’s being done with their personal data.

The researchers also found evidence of what they dub “added caution” among Internet users when it comes to sharing personal information online over the past 10 years — such as increased concern about giving out a home address online.

Focusing on more current attitude shifts, Ofcom says there has been a specific rise in ‘privacy consciousness’ since 2013, which appears to be leading to decreasing willingness to share almost all types of personal data online.

From the report (emphasis mine):

Nine in ten (91%) internet users say they ever (always, often or sometimes) give the minimum amount of personal information required online, with over half of those aged 55-64 (54%) and aged 65+ (61%) citing that they always give the minimum.

Furthermore, the percentage who are happy to provide personal details online has decreased for all types asked about except for email.

Six in ten Facebook users say they have changed their privacy settings to make them more private, while seven in ten (72%) say they only share their photos with friends. ‘Friends only’ was also cited by two-thirds of users in the case of sharing opinions about people, places or the latest news stores (66%), their real name (64%), and their current location (64%).

Despite evidence of increased caution in online personal data sharing, Ofcom also found that Internet users in 2015 were more likely than in 2013 to say they don’t read website terms and conditions or privacy statements at all (up from 21% to 26%).

But frankly who can blame them. As we’ve said before, T&Cs/EULAs are designed to be as opaque and impenetrable as possible in order to encourage people not to read them.

Moreover, clicking ‘I do not agree’ on T&Cs is the fastest way not to get to use a service — providing another disincentive for web users to discover what devils lurk in the detail. When the standard digital transaction is ‘your data for the service’ then users are effectively being strong-armed into blindly clicking ‘I agree’.

Yet Ofcom’s research suggests that personal data trade-off is sitting increasingly uneasily with Brits, given rising concerns about what their data is being used for — and users’ attempts to minimize the amount of data they hand over.

The Ofcom report did also find that a majority of Brits (68%) say they are happy to provide personal information online to companies so long as they get what they want (i.e. access to a particular digital service). But perhaps that sort of happiness is best characterized as ignorance is bliss.

And with digital privacy and security issues increasingly in the media spotlight, thanks to the 2013 Snowden revelations disclosing the extent of government mass surveillance programs — which in turn has led more companies to seek to properly lock down user data via strong encryption (and very public spats such as the recent Apple vs FBI case) — it is arguably becoming harder for web users to be ignorant of data security concerns.

Hence, perhaps, indications that even the famously laissez-faire Brits are becoming a bit more concerned about murky goings on with their data.

Rising privacy concerns are also perhaps an inevitable case of maturing usage of online services over the past decade, as the hidden implications/risks of sharing too much data inevitable becoming more apparent as time goes by, with every fresh hack and data breach.

Whatever the cause of Brits’ growing concerns there’s little doubt that security and privacy are areas ripe for startup innovation — thanks to a growing appetite for users to under- rather than over-share. No wonder Facebook is worried.

You can read the full Ofcom report, which also tracks usage of social media, device types and communication methods, here.