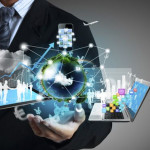 droidcon is a global developer conference series and a network focusing on the best of Android.

The first two droidcon conferences were organised by an international team of Android enthusiasts in Berlin and London in 2009. Since then this community driven conference format has spread around the globe rapidly.

The conferences now take place in 16 countries and each of them offers high-class talks from different parts of the Android ecosystem, like mobile, TV, cars, gaming and much more.

We are proud to present you the very first edition of droidcon Kraków.

With those tickets you get the opportunity to listen to expert & passionate Android developers not only from Poland.

This event is organized by experienced people, who are deeply engaged also in other conferences for developers, like: