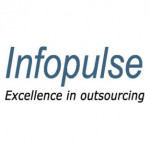 EDB ErgoGroup, our parent company, has changed its name to EVRY. This change marks the final phase of the merger between two of Norway’s leading IT companies: EDB and ErgoGroup. Since 2010, the resulting company has been known as EDB ErgoGroup. As a mere practical amalgamation of the two monikers, the name EDB ErgoGroup does not represent a forward-looking, internationally-focused IT company—EVRY does.

For the past 12 months the 10 000 employees of this new entity worked to create a new mission, a new vision—a new corporate culture focused on creating value for both customers and society. As stated in an article on EVRY’s website, it will be creating this value through:

EVRY provides IT services to around 1 million Norwegians per day, and virtually Norway’s entire population per week. Its long-term goal is to become the Nordic Region’s leading IT company by 2015, accomplishing this by taking a critical approach to investing its time and financial resources. It will also strive to develop a strong market position, and to be the best at knowing its customers.

Infopulse is proud to be a part of EVRY, and looks forward to continually providing innovative IT products and services.