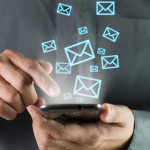 In case there was any doubt that messaging apps were the future of communication in the mobile-first era, a new study released this morning puts some solid numbers behind their traction – and their increasing dominance over email, among today’s youngest users.

According to a report from App Annie, email is effectively dying among this crowd. Those aged 13 to 24 now spend more than 3.5 times overall usage time in messaging apps than those over 45 years old, while the older users still default to apps that replicate desktop functions, like email and web browsers.

The data for these findings comes from a large sample of real-world users, notes App Annie, combined with the company’s own proprietary data sets.

However, it only focuses on Android smartphone users, which in the U.S., doesn’t present a holistic overview of the market. Adding iOS data could change these numbers somewhat, though it’s likely that the larger trends would remain.

For those who did not grow up with a smartphone in hand, there’s a propensity to use the device like a smaller personal computer, it seems. Those aged 45 or older spent a higher share of their time in the top 5 mobile web browsers on their phone than any other age group, for example. Plus, they spent more time in the top 5 email apps for Android and less time in the top 5 messaging apps.

Meanwhile, the reverse could be said of the youngest demographic. In 2015, those aged 13 to 24 are far more likely to use messaging apps over email on their devices.

In fact, the disparity in the usage patterns of the two services is fairly dramatic. (See chart above, left.) Messaging app usage doesn’t just top email, it blows it away.

With the shift to a mobile-first culture – and as the younger users become the adults – the importance of messaging apps will only increase. That’s why a number of today’s top companies have already been doubling down on their own efforts to establish themselves as a leader in this space.

Facebook, for instance, has been working to make its Messenger and WhatsApp products more than just an alternative to texting by integrating business-to-consumer communications, e-commerce and product discovery, as well as virtual assistance through an experimental part-human/part-bot called “M.”

In other markets, messaging platforms like KakaoTalk, LINE and WeChat, already do much of the same. In fact, messaging apps in some cases are becoming the entry portals to the internet as a whole – as opposed to the web browser, Google Search, or even a more public social network like Facebook.

In addition to their preference for messaging, today’s youngest users are also heavy consumers of video streaming services on their phones, the report found, noting that their time spent in the top 5 streaming apps on Android was over double that of those aged 45+.

The younger users also accessed these apps more than 4 times as frequently on an average day, App Annie said.

However, when it comes to mobile shopping, it’s the middle tier (ages 25-44) who spent the most time in the top 5 retail apps on Android, and launched them more frequently than both their younger and older counterparts.

That speaks to their spending power and comfort using mobile services. Of course, in time, the teens and young adults will also behave in a similar way as their income increases.