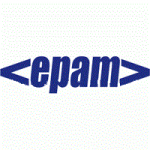 With a 47.9% year-to-year growth, EPAM is featured in the prestigious Software Magazine’s annual ranking of the world’s largest, best performing software and services suppliers

EPAM Systems, Inc., a leading software engineering and IT Outsourcing (ITO) provider with development centers across Central and Eastern Europe (CEE), announced today that it is named to Software Magazine’s Software 500 prestigious list of the world’s largest software and service companies, now in its 29th year.

Ranked 181th with software revenue of $221.8 million, EPAM is featured highest among software providers from Central and Eastern Europe fortifying its sustained advantage as a top nearshore outsourcing vendor. EPAM’s focus on deepening its value proposition, expanding key vertical expertise, development of the finest engineering talent and commitment to customer satisfaction result in its aggressive organic growth and the company’s ongoing inclusion in the list of global industry leaders for the 8th straight year.

The ranking is based on total worldwide software and services revenue for 2010, embracing revenue from software licenses, maintenance and support, training, and software-related services and consulting. Suppliers are not ranked on their total corporate revenue, since many have other lines of business, such as hardware. The financial information was gathered through a survey by King Content Co. and posted at www.softwaremag.com, as well as from public documents.

“The 2011 Software 500 results show that revenue growth in the software and services industry was healthy, with total Software 500 revenue of $541.5 billion worldwide for 2010, representing approximately 10 percent growth from the previous year’s list,”

“As a continuously evolving and dynamically growing company, we’re glad to see that our clients do recognize our year after year efforts to improve the quality and reliability of our services, as well as sophistication of vertical and horizontal solutions delivered by EPAM to the market. Such recognition is clearly expressed by a constantly increasing amount of business directed to us for over fifteen years. As a result, we are very happy to see that our 47% organic annual growth rate in 2010 allowed us to significantly improve our position within Software500 listing and confirm again our clients’ vote for EPAM,”

EPAM is recognized among the top companies in IAOP’s “The 2011 Global Outsourcing 100”, featuring EPAM in a variety of sub-lists, including “Leaders — Technology” and “Leaders — Entertainment & Media”. The company is also ranked among the best global service providers on “The 2011 Global Services 100” by Global Services Magazine and NeoAdvisory, which includes EPAM in the list of the world’s “Top Outsourced Product Engineering Vendors” for the 3rd year running.

About Digital Software Magazine and Softwaremag.com

Digital Software Magazine, the Software Decision Journal, has been a brand name in the high-tech industry for more than 35 years. Softwaremag.com, its Web counterpart, is the online catalog to enterprise software and the home of the Software 500 ranking of the world’s largest software and services companies. Software Magazine and Softwaremag.com are owned and operated by King Content Co.