Ericpol to Take Part in the Vätternrundan Race 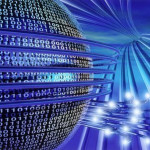 This year for the first time, the company is acting as patron to two contestants who are taking part in the largest cycling race in Scandinavia – the Vätternrundan. The contestants will represent our company’s Ericpol Cycling Association. The race will take place on June 15th 2012, and its route will cover a distance of 300 kilometers along the shores of the Vättern Lake, located in southern Sweden. The Vätternrundan race, considered to be the largest amateur riding event in the world, is part of the Swedish Classic Circuit comprising a total of four different sporting disciplines.

The origins of the Vätternrundan race can be traced back to 1965, when professor of medicine and sports expert Sten-Otto Liljedahl, together with Ewert Rydel – owner of a biking store located in the town of Motola – decided to go on a bicycle trip along the shores of the lake. The ride took them 22 hours to complete. As years went by, more and more enthusiasts of bike riding would join the ride which was run place annually, and the race became a popular and renowned sporting event. Nowadays, the race is entered each year by approximately 20 000 people from all around the world. The Ericpol Cycling Association will be represented this year by two amateur contestants.

‘There is an old wives’ tale which says that you only take part once in this race, and never join it again,’ says Konrad Herba, engineer at Ericpol. ‘This is our first start, but I certainly hope it will not be our last. We are planning to complete the entire route in about 12 hours. Our competition numbers are 5161 and 5162, which means we will begin the race at about 9:30 in the evening. Luckily, the race takes place in mid-June, so the darkness won’t last that long at all,’ he adds.

‘At the Cycling Association, we have training sessions every two days. We don’t see this ride as a fully professional race, but as a challenge which will be fun to take on. We will be assisted by our colleagues who work on projects carried out in the nearby town of Linkoping,’ says Maciej Smagacz, Core Networks & Customizations Unit Director at Ericpol.

There will be the opportunity to monitor the progress of our colleagues as well as receive brief reports direct from the race via the TrackMe application, which had its debut last year during the Ericpol Classic Kraków – Łodź race. The Vätternrundan race will be divided into several groups; the first group of contestants will set off at 7:30 pm, and the last – at 5:30 in the morning! Upon arriving at the finish line, the contestants will be assisted by their colleagues and transported to the hotel – Swedish law does not allow the contestants of the race to drive motor vehicles for at least 6 hours after the end of the race.