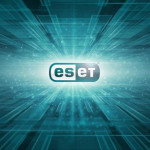 Slovakia-based IT security firm Eset expanded its R&D office in downtown Montreal, Canada, and opened a new one in Iasi, Romania. The new office in downtown Montreal is an expansion of the Eset Canada Recherche branch which was originally founded and located at the Polytechnique Montreal campus in 2009.  The company expects to strengthen its researcher base by doubling its staff in Montreal over the next five years.

This is the first time Eset opens an office in Central and Eastern Europe’s Romania. Rival IT security company Bitdefender, which is based in Romania, always has an office in this city. The company is planning to dedicate the centre in Iasi to the development of its core and backend technologies.

The new offices’ openings come after Eset opened a sales and distribution office in the UK and expanding in Germany with the Munich office. Most recently, the company opened an office in Kenya.

The expansion will enable the company to support new services like Eset Threat Intelligence and improve responsiveness in the face of new cyber threats. At present, the company has 1,300 employees around the world.