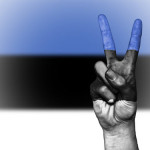 Estonia is reportedly launching its own digital currency soon, according to reports.

In a blog post, Kaspar Korjus, the managing director of the e-Residency program that launched in the country earlier, reportedly said that Estonia can potentially issue its own crypto tokens.

“‘Estcoins’ could be managed by the Republic of Estonia, but accessed by anyone in the world through its e-Residency programme and launched through an Initial Coin Offering (ICO).”

Estonia is not the only country that experiments with the idea of introducing its own digital currency. China, for example, is seriously exploring the technical, logistical, and economic challenging in usingdigital money. The country`s central bank is testing a prototype of a digital currency, as MIT Technology Review (technologyreview.com) wrote in June.

“However, Estonia has a clear advantage in this area due to its advanced digital infrastructure and its e-Residency programme. No other country has come close to developing both the technology and the legal frameworks that would enable them to introduce and securely manage tradable crypto assets globally.”

E-Residency is being described as a new digital nation for global citizens. The latter is introduced by the Republic of Estonia.

“The Republic of Estonia is the first country to offer e-Residency, a government issued digital identity that empowers entrepreneurs around the world to set up and run a location-independent business.”

“I did a lot of research to figure out where would be the best place to incorporate my business and do my banking. That’s when I discovered Estonia doesn’t just understand digital nomads, but actively welcomes them with an offer of e-Residency. The fact that it’s inside the EU is also a big advantage.”

commented Soheila Yalpani who is a consultant for governments
and start-ups on the development of technology ecosystems.

It remains to be seen if the proposal for the world`s first government ICO will be realised in practice. The project can be closely followed by signing up on the Republic of Estonia E-Residency`s website.