How Digital Is Your Country? Europe Improves but still Needs to Close Digital Gap 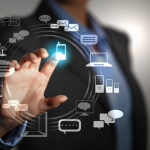 The 2017 Digital Economy and Society Index (DESI) shows that the EU is making progress but the gap between top digital players and lower-performing countries is still too wide. More efforts and investments are needed to make the most of the Digital Single Market.

Today the European Commission published the results of the 2017 Digital Economy and Society Index (DESI), a tool presenting the performance of the 28 Member States in a wide range of areas, from connectivity and digital skills to the digitisation of businesses and public services.

“Europe is gradually becoming more digital but many countries need to step up their efforts. All Member States should invest more to fully benefit from the Digital Single Market. We do not want a two-speed digital Europe. We should work together to make the EU a digital world leader.“

Denmark, Finland, Sweden and the Netherlands lead the DESI this year followed by Luxembourg, Belgium, the UK, Ireland, Estonia, and Austria.

The top-three EU digital players are also the global leaders, ahead of South Korea, Japan and the United States. Slovakia and Slovenia are the EU countries which have progressed the most. Despite some improvements, several Member States including Poland, Croatia, Italy, Greece, Bulgaria and Romania, are still lagging behind in their digital development compared to the EU average. Individual country profiles are available online.

The Commission has now presented all the major initiatives part of its Digital Single Market strategy. The European Parliament and Member States are encouraged to adopt these proposals as soon as possible so that Europe can make the most of digital opportunities.

Taking into account the DESI results, the Commission will unveil its mid-term review of the Digital Single Market strategy in May to identify where further efforts or legislative proposals may be needed to address future challenges.

Connectivity improved, but is still insufficient to address future needs.

However, this is not enough to address the growing needs for speed, quality and reliability of connections in the future. Internet traffic is growing by 20% annually; and by more than 40% each year on mobile networks.

The European Parliament and Council are currently discussing Commission proposals to overhaul EU telecoms rules and to encourage investment in very high-capacity networks to meet Europeans’ growing connectivity needs, along with strategic objectives for a 2025 gigabit society.

Member States should also redouble their efforts to meet objectives in terms of harmonised spectrum assignment, which now includes the 700 MHz band, so that the next generation of communication networks (5G) can be widely deployed as of 2020. Spectrum coordination in the EU is vital to ensure wireless coverage and new cross-border services.

Additionally, municipalities across Europe will be able soon to apply for funding to bring free Wi-Fi to their public spaces under the Commission’s WiFi4EU scheme.

The EU has more digital specialists than before but skills gaps remain.

The Digital Skills and Jobs Coalition, launched in December 2016 as part of the Skills Agenda for Europeis working with Member States, industry and social partners to develop a large digital talent pool and ensure that individuals and the labour force in Europe are equipped with adequate digital skills.

Europeans are getting more digital.

As part of its Digital Single Market strategy, the Commission is working to increase trust and confidence in the online world. The new EU rules on data protection will enter into force in May 2018 accompanied by new rules on privacy in electronic communications.

The Commission is also working to make more content available on the internet across borders. And, as of early 2018, Europeans will be able to enjoy their films, music, video games, and e-book subscriptions when travelling in the EU. The Commission also proposed to make it easier for broadcasters to make programmes available online in other EU Member States.

Businesses are more digital, e-commerce is growing but slowly.

It also proposed to simplify the Value Added Tax environment for e-commerce businesses in the EU. These initiatives, once adopted by the European Parliament and Member States, will make it easier for people and companies to buy and sell across borders.

More and increasingly sophisticated services are available online, for example services allowing people to use the internet to inform the authorities about new residence, the birth of a child, and other important events.

As part of the eGovernment Action Plan,the Commission will launch a Single Digital Gateway to provide easy online access to Single Market information, an initiative to further digitise company law and corporate governance, as well as an updated European Interoperability Framework.

The DESI is a composite index to measure the progress of EU Member States towards a digital economy and society. As such, it brings together a set of relevant indicators on Europe’s current digital policy mix. The DESI aims to help EU countries identify areas requiring priority investments and action, in order to create a truly Digital Single Market – one of the top priorities of the Commission.

Building on the DESI findings and complementing the European Semester, the Commission’s Digital Progress Report will give in May 2017 an in-depth assessment of how the EU and Member States are progressing in their digital development and will identify potential steps to help improve national performance in digital.