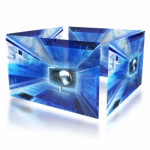 Total spending on IT and BPO outsourcing in Europe last year was the highest ever for a 12 month period and a massive 27% higher than in 2010.

Total European outsourcing contracts in 2011, including BPO and IT contracts over €20m, were valued at €44bn.

Also in 2011, 8 out of 10 of megadeals worth over €800m were in Europe, which also accounted for 60% of total global outsourcing contract value.

The final three months of the year saw €13.4bn in contracts.

In the UK, private sector demand for outsourcing increased. There were 15% more contracts in the final quarter of 2011 than that period of 2010. The total value of these contracts was 40% higher.

Aitchison said the European market will maintain pace in numbers of contracts, but may find it challenging to match its €44bn total contract value in 2011, which was distorted by some very large contracts.

The report expects utility pricing, where customers pay as they use, will be a key trend for 2012. “Despite the hype and expectations set around cloud and utility computing, there has been relatively little change to date in the structure of outsourcing contracts. Looking ahead, we believe that far more business will be written using new pricing dynamics by vendors aggressively offering true ‘pay-by-the-drink’ pricing,” said Aitchison.

Sean Finnan, head of strategic outsourcing Europe at IBM Global Services, said there is an interest in large deals among customers. “We have clients coming back to us to talk about big deals again.”

Finnan said these conversations can be split into two broad deal types – the customers who want to improve efficiency and those who want to transform the business.