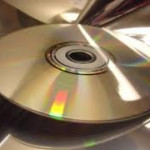 IT outsourcing contract values have hit their lowest in five years as fears over the stability of the Euro restrain European business spending.

Research on the first half of 2012, carried out by the Information Services Group (ISG), revealed the amount spent on outsourcing in the UK was down 12% to €5.7bn, compared with the same period the year before. The UK started the year badly according to ISG’s previous report.

In Europe the total value of IT outsourcing contracts was down 26% compared with last year, its lowest point in five years. Business process outsourcing (BPO) fell 23%.

The TPI Index, as the survey is known, found the number of deals in the last three months (16) was half that of the same period the year before.

Across Europe the financial services sector was the biggest spender at €5bn in the first half of this year. Manufacturing was next, with €4bn spent in outsourcing.

ISG does not expect things to improve in the next three months but is more positive beyond then.

In terms of a forward look, Duncan Aitchison partner EMEA at ISG, said: “Looking forward, we anticipate a soft third quarter, which faces an especially tough comparison with 2011.

“The fourth quarter will likely pick up, with some help from larger deals in the pipeline ready to go to award.”