Everest Research Says Eastern Europe Is the Place to Watch 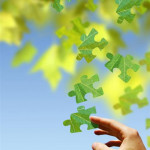 The research and analysis company, Everest Group, just published their latest Market Vista: Q1 2012 report – a quarterly focus on global outsourcing and offshoring activity and it shows that despite troubled times in many business markets, outsourcing is holding steady.

83 per cent of the deals signed were new transactions showing that there is still plenty of business coming through – it is not just about companies renewing their existing outsourced contracts.

Some key points noted in the new report include:

• BFSI (banking, financial services and insurance) sector leads the market in transaction volumes with an increase of 12 percent while the MDR (manufacturing, distribution and retail) vertical saw a 9 percent increase. Transaction increases also were recorded for public sector, energy and utilities, and telecom verticals, but the healthcare vertical saw a large drop in deals signed during the quarter.

• Transaction volumes decreased in North America, held steady in the United Kingdom and increased significantly in Rest of Europe.

• Offshore activity saw 30 delivery centres established across captives and service providers in the first quarter compared to 29 in the previous quarter. With significant activity occurring in Latin America and Eastern Europe.

This latest research shows that the offshore outsourcing market remains strong, despite economic and business uncertainties in the market today. It is also worth noting that Everest see significant activity in Eastern Europe – this is a key region to watch at present.