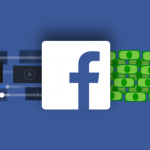 Facebook has acquired a German company called Fayteq that builds software add-ons for video editing that can remove and add whole objects from captured video using computer vision. The acquisition was first reported by a German startup publication (via Variety) and confirmed to TechCrunch, and could be useful as Facebook pursues additional video filter creation technology, both for its live streaming efforts, and for platforms like Instagram Stories.

Of course, being able to add objects to live video and remove them or cover them over on the fly is also something that can be put to interesting use in the emerging field of augmented reality. Facebook launched an AR platform for its built-in camera feature in April at this year’s F8, with the aim of encouraging developers to build AR experiences for use in Facebook on smartphones, which Mark Zuckerberg has said will be

Some aspects of this platform include recognizing real-world objects captured by a smartphone camera and applying digital effects specific to those objects. Facebook’s move into becoming an AR platform was made more interesting when Apple revealed plans to actually do much the same thing at a system level throughout iOS with ARKit, which makes it astonishingly simple for developers to add virtual objects to scenes.

Fayteq’s expertise could help Facebook continue to build out this area of its product plans, and its IP and patents could help the social network own the results of its work in AR more definitively, too.

Facebook confirmed the acquisition, but had no additional info to share regarding their plans for the company.