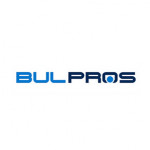 For the third year in a row, BULPROS is named one of the fastest growing companies in Europe in the prestigious Financial Times’ annual FT1000 listing.

The FT 1000, compiled with Statista, recognizes innovative and fast-growing businesses that are the driving force of the economy of the 21st century. The ranking lists the European companies that have achieved the highest compound annual growth rate in revenue between 2014 and 2017.

“To be listed in the prestigious Financial Times’ ranking for the third year in a row is not just a coincidence. It is a clear evidence of the company’s strong growth focus, sustainable development and global expertise in empowering businesses worldwide in their Digital journey with innovative solutions, services and products. Over the last several years, we have grown to a team of more than 1200 experts and have expanded to 19 locations in Europe and North America. Besides focusing on both continents, our strategic plans for the future include international expansion on new markets such as Asia” comments BULPROS CEO, Ivaylo Slavov.

In 2019, the hurdle to securing a place in the FT1000 was a little higher than in the previous year: the bottom-ranked company achieved a growth rate of 37.7 %, compared with 34.6 % in 2018. The FT 1000 continues to be dominated by the technology sector, which accounts for 149 of the businesses, and that is without counting the fintech and ecommerce categories. The listing evaluated 1000 different companies in 27 European countries from 37 different industry sectors. 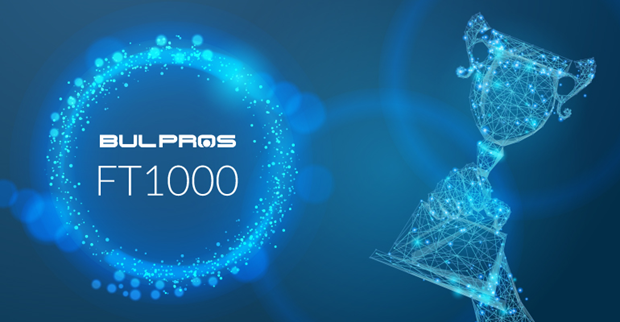 The FT1000: Europe’s Fastest Growing Companies is a list of the Top 1000 companies in Europe that have achieved the highest percentage growth in revenues between 2014 and 2017.

The ranking of the FT 1000 is created through a complex procedure. Through research in company databases and other public sources, Statista identified tens of thousands of companies in Europe as potential candidates for the FT 1000 ranking. The minimum average growth rate required to be included in the ranking this year was 37.7%.

BULPROS is an innovative global IT and BPO services, solutions and products provider, repeatedly recognized as one of the fastest growing IT companies in prestigious rankings such as Deloitte’s „Technology Fast 50 in CE“ and „Technology Fast 500 in Europe, Middle East, and Africa“, Inc. 5000 Europe, Financial Times 1000 Europe, and McKinsey’s 2018 report “The rise of Digital Challengers”.

BULPROS operates on a global scale and has more than 19 offices, located in Europe and North America. The company has a team of more than 1200 experts and consultants.

BULPROS has established successful customer and partner relations with Fortune 500 IT companies such as Cisco, Microsoft, IBM, Unisys, VMware, Siemens, T-Systems, SAP, Hortonworks, Oracle, Red Hat etc. BULPROS is a co-founder of the Bulgarian Outsourcing Association and a member of the American Chamber of Commerce, the German Outsourcing Association and the Indian-Bulgarian Business Chamber.