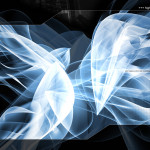 “First Line first became an EPiServer Partner at the beginning of 2011,” said Gustav Lagercrantz, Chief Operating Officer of EPiServer. “Now, less than 12 months later, they have firmly put Russia on the map as one of the most promising destinations for EPiServer development in the world. We are excited to see First Line grow and expand its highly trained pool of EPiServer developers to meet the growing customer demand.”

“Our EPiServer group became a key growing practice within the company in 2011, and we hope to continue this trend in 2012,” said Alexander Pozdniakov, CEO, First Line Software. “In particular our focus is on Scandinavia, because this region is also the most natural fit for First Line’s model of nearshore software development. We are based in St. Petersburg, Russia’s leading technology hub that is located extremely close to all Scandinavian capital cities, and has a large, highly educated and extremely productive IT workforce. We hope that going forward, more Scandinavian companies can benefit from working with one of the leading and fastest growing EPiServer web development teams right next door.”

First Line specializes in implementing complex backend content management environments for large online media, fine-tuned for maximum productivity. In particular, First Line has the methodology and the expertise to accomplish rapid migration of existing online assets to EPiServer that leaves the original look and feel and the URL structure intact while giving editors the full range of EPiServer’s online engagement capabilities.