Forrester: European IT Spending to Grind to a Halt 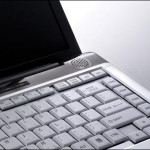 IT spending in Europe will virtually grind to a halt this year and next due to economic uncertainty over the euro currency, according to a Forrester Research report.

“The most likely result is either near-zero growth or economic recession in 2012, depending on the country,” Forrester analyst and lead report author Andrew Bartels wrote. “The worse case is a possible collapse of the euro and a resulting depression.”

It is likely that European officials will “do just enough” policy-wise to avoid that worst-case scenario, Bartels added. Under those circumstances, IT spending growth will still only amount to 0.3 percent this year.

But if the euro collapses, tech spending in Europe will fall dramatically, Bartels said. “CIOs need to match IT spending plans with this bleak outlook for 2012 while preparing contingency plans for a euro collapse and hoping for somewhat better prospects in 2013,” he added.

There are much different technology adoption rates among European countries, with nations such as Denmark and Sweden being very advanced, while Greece, Italy and other southern countries are less so.

That has allowed Forrester to forecast mixed European IT spending growth rates in past reports.

But the economic crisis gripping Europe now is so broad-based that in 2012 and 2013, IT spending behaviors will reflect the region as “one single market,” Bartels wrote.

Only IT outsourcing will show “meaningful,” albeit “still mediocre” European spending growth in 2012, according to Forrester. Measured in euros, IT outsourcing and hardware maintenance spending will rise 3.3 percent and IT consulting and integration services will jump 2.8 percent, it said.

Spending on communications equipment, meanwhile, will fall 1.7 percent, according to the report.

However, when measured in U.S. dollars, “the European market picture is even darker,” with every category seeing a downturn in Europe this year, according to Forrester.

Computer equipment spending in dollars will fall 6.8 percent, communications equipment by 8.4 percent, and software by 5.2 percent, the report states.