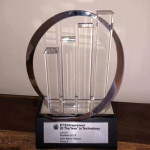 Calin Vaduva, has received the second prize at the Romanian EY Entrepreneurship of the Year Gala, at the category Emerging Entrepreneur: Innovation and Technology. Classified as one of the world’s most emblematic business awards programs, Entrepreneur of the Year assesses and acknowledges the entrepreneurial companies who remarked themselves as game changers in their sector. The entrepreneurs and the companies they represent were selected by a panel of independent judges, including prominent business leaders from the national community.

With an impressive history of achievements, built in 15 years of activity, Fortech stands out as one of Romania’s most successful stories in software development. Being repeatedly recognized in Deloitte Fast rankings in its early years, being entrusted as reliable tech partner by 200 mature US partners and West-European clients, being an employer of choice for 700+ people are just few of the accomplishments that come to prove its sound evolution. Starting with a daring vision, Calin managed to build a remarkable leadership team whose combined wit, educated gut and strategic focus ensured a constant organic growth of the company.

“The journey was far from straightforward. We went through many stages of development and every time it felt like running a new business. Yet, we approached the process with a growth mindset, trying to enrich our business practice along with the technical stack. We are thankful to our clients for many of our learnings sprinted out from the quality interactions and experiences we shared along the way. It’s been intense and I’m equally honored and humbled to be recognized by EY among such a suite of visionary leaders. There’s a very beautiful team behind the scenes at Fortech whose dedication has energized our journey. I dedicate this award to my colleagues and to all those who have inspired our path.” (Calin Vaduva, CEO Fortech)

The selection process expanded over an entire year. The companies were assessed on six major criteria: entrepreneurial spirit, financial performance, strategic direction, innovation and ultimately for its community impact and CEO’s personal integrity. Fortech marked well to all these.

Fortech’s becoming can be described as a progressive evolution until 2014, advancing with small but steady steps, followed by a period of incremental growth. In recent years, the company has doubled its size, in terms of both engineers and clients and expanded from 1 to 4 delivery centers. The last financial year ended up with a turnover of 27 MM euro.

“Today, we enjoy a stage of maturity and stability along with an adaptative, entrepreneurial culture. Our commitment is to remain a reliable tech partner who delivers with speed and insight while building healthy relationships with our clients. From a strategic perspective, we are pursuing to intensify our growth on the international market and continually optimize our delivery model.” (Calin Vaduva, CEO Fortech).

Continuous improvement and openness for new approaches were and are the driving forces of evolution for Fortech. Periodically, the company invested in refining its processes and structures, always with a client-centric approach in mind. In the last years, the company enlarged its leadership structure, to integrate C-level roles aiming to sustain the envisioned cycle of growth and expanding its expertise. 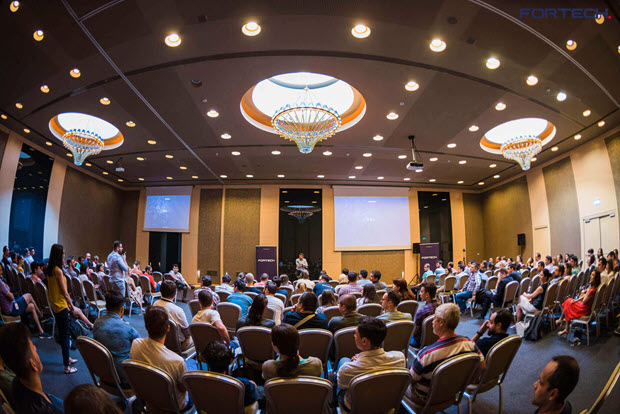 Ultimately, the story of Fortech won’t be complete without adding up its involvement in the local community. Beyond the immediate economic impact that springs from its software export activity, the company has defined a coherent CSR strategy focused on four pillars of engagement. The projects supported by Fortech, fall into one of these categories: educational programs, health projects, creative industries initiatives, and social causes. In 2018 alone, Fortech engaged in five majors initiatives, which you are invited to peruse below.