How IoT Will Drive the Fourth Industrial Revolution 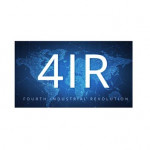 A unique moment in history has begun as IoT and the fourth industrial revolution combine to evolve and shift the landscape of manufacturing.

The ongoing digital transformation of manufacturing is having such a dramatic impact that it’s been dubbed the ‘fourth industrial revolution’.

This revolution has just begun, but it is already changing how businesses operate. In the fourth industrial revolution, big data, analytics and digital technology will play a number of roles, from improving energy usage to making manufacturing safer.

Steven Martin, chief digital officer of GE Power at GE, said, “I think this is a thousand-day journey, relatively speaking, and we’re at day number three. We are very, very, very early on. We’ve barely scratched the surface in terms of what can be done.”

What is the Fourth Industrial Revolution?

While the term ‘fourth industrial revolution’ has been tossed around for a few years, there are various definitions. In Germany, it’s often referred to as Industrie 4.0, or Industry 4.0 worldwide.

Gillan Taddune, CEO of Banyan Water, said, “IoT technology is the fourth industrial revolution. For the previous two and a half centuries, technological advancements like steam-powered manufacturing and nuclear and electrical energy production have relied on the massive consumption of water. With IoT advancements, we now have the ability to save water and other essential resources instead of haphazardly consuming them. As the global population continues to grow, as food demand increases, as infrastructure ages and as climate change worsens, IoT technology as a method of resource optimization and conservation may very well be the thing that saves us all.”

Michael Kanellos, spokesperson and analyst for OSIsoft, said, “It’s about using data as a driving force. The first wave involved mechanization and steam power — we were going beyond what you could do with human or animal labor. The second wave involved mass production. The third: robots and mechanization.”

“The difference between the third and fourth can be elusive. Think of the third generation as basic robotics. Machines were developed to weld precisely — the first robots went in in 1962 — and SCADA systems and other computers were used to control and monitor processes. In the fourth wave, we’re adding layers of efficiency and intelligence on top of what’s being done. In the fourth wave, a welding robot will be able to effectively tell you, or another robot, that it’s having problems and get fixed,” Kanellos said.

Tom Schiller, CEO and founder of FacilityConneX, said he sees the fourth industrial revolution as, “a new era in which technological advancement and incorporation of IoT/IIoT, cloud technology and increased collection, processing and use of data is becoming more prevalent for a number of industries — particularly within the industrial sector. For the first time, we are able to communicate with and understand these technologies and the data they’re providing.”

How important is the Fourth Industrial Revolution?

It is imperative for companies to adopt new technologies in the fourth industrial revolution in order to survive, according to Chuck Byers, CTO of OpenFog Consortium.

Where will the real value in IoT be seen in industry?

Martin said, “I tend to think that the real value is going to be seen at the network level optimization. Where I don’t think about optimizing that particular asset, I think about a higher-level function, going back to running a different part profile to a manufacturing plant for a day based on the yield, or based on the need, or the output for the customer and what’s available for logistics. That’s not necessarily getting the most out of that asset. That’s about getting the most economic yield out of an overall opportunity where you do factor in economics.”

Economics will play a major role in the fourth industrial revolution. “It’s not just about the sensors and the data conductivity. It’s understanding the value and then making decisions on how to optimize that hardware based on the economic reality,” Martin said.

How is IoT impacting the Fourth Industrial Revolution?

The biggest way that IoT is impacting industry is by creating new opportunities for industries to collect data and accurately analyze it, Schiller said. Pat Kennedy, founder of OSIsoft, said that in industrial settings, determining potential equipment failure is greatly enhanced by the use of data.

For instance, big data can be used for predictive analytics to help companies reduce maintenance costs – for example by determining if a machine will soon require repairs simply by measuring the millions of vibrations that the equipment produces in a day. If any measurement is the slightest bit off, it could mean the machine is about to break down. By fixing it in advance, it can save a company from the high costs of an equipment malfunction on the production line.