Funds for IT Outsourcing Flatten 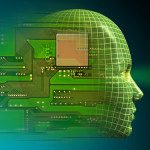 Service providers saw promise in 2010 as organizations outsourced more IT work than in 2009, but 2011 isn’t looking as good, according to Computer Economics. The company conducted a study of organizations—banks and insurers included—that outsource IT work and found that the percentage of their total IT spending going to service providers rose from 6.1 percent in 2009 to 7.1 percent in 2010 and then leveled out, showing no year-over-year growth in 2011.

The Computer Economics “IT Outsourcing Statistics 2011/2012” study, concludes that IT executives are maintaining the status quo, awaiting evidence that the tenuous economic recovery will progress before engaging in more strategic outsourcing initiatives. And, when considering the potential for successful service and cost experiences with outsourcing, four IT functions stand out: application maintenance, application hosting, data center operations and network operations.

Other key findings in the study:

• The use of software-as-a-service continues to gain strength, making application hosting one of the fastest-growing areas for outsourcing. While the amount of the typical portfolio being hosted by outside parties remains low, application hosting is the most frequently outsourced service in the study.

• The three most strongly adopted outsourcing services are Web/e-commerce systems, application development and application maintenance. These functions rank high in both the number of organizations that outsource them and the amount of work typically outsourced.

• The IT function with the greatest potential for reducing costs through outsourcing is help desk. Fifty-one percent of organizations that outsource this function find that they have lower costs than when they performed the function in-house.

• The function that holds the greatest potential for improving service through outsourcing is IT security, followed by disaster recovery. Only 6 percent and 8 percent of IT organizations, respectively, find outsourcing these functions makes service worse.