The future of auto safety is seat belts, airbags and network technology 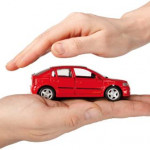 How networking is ushering in a new era of car safety and why a world of connected cars is a safer one.

The 1950s saw the introduction of automobile seat belts; in the 70s, airbags began showing up in cars. Electronic Stability Controlled rolled out in the late 80s, and the last decade has seen the deployment of radar and camera-based backup assist and blind-spot warning systems.

“Decades from now, it’s likely we’ll look back at this time period as one in which the historical arc of transportation safety considerably changed for the better, similar to the introduction of standards for seat belts, airbags, and electronic stability control technology,”

Car manufacturers, technology companies and federal regulators have worked for almost two decades to develop vehicle-to-vehicle (V2V) communication, which Freedman calls “game-changing” technology that allows cars to digitally communicate with one another to avoid accidents.

But for all the promise of V2V, debates rage on about how exactly to implement this technology.

The road to V2V

The vision for V2V is to have a network of connected cars talking to each other, broadcasting their position, speed and status of the brakes up to 10 times per second. Vehicles would read this information about other cars on the road to calculate potential crash risks and be alerted to hazardous conditions.

The car would alert the driver, or automatically engage an action, such as stopping. The same technology could power Vehicle to Infrastructure (V2I) communication, allowing cars to communicate with traffic signals to inform drivers of how much longer a light will be green, for example. Some believe this technology could be a precursor to self-driving vehicles.

There are flavors of this functionality on the market today. Many new cars on the market come with blind spot warning, forward collision detection and cars will be mandated to have rear back-up assist beginning this year. These systems use either radar or cameras to determine the vehicle’s surroundings.

But Sam Abuelsamid, a senior researcher at Navigant Research, says radar and camera systems are limited by their line of sight.

“V2V can extend ‘visibility’ beyond line-of-sight to vehicles further down the road,”

making it applicable in dangerous blind intersections or to detect accidents further up the road that the driver does not see, he notes.

“The primary advantage is reduced latency and response times since information can be transmitted even before a change can be detected by the sensors.”

The 5.850 to 5.925 GHz band (traditional WiFi operates in the 2.5 GHz and 5 GHz bands) has been carved out for critical life-safety vehicle communication systems and a protocol named Dedicated Short Range Communication (DSRC) has been developed to support V2V and V2I.

The IEEE has created a specific version of WiFi called 802.11p for Wireless Access in Vehicular Environments, or WAVE. It’s based on the 802.11ac standard, but is specifically for DSRC and operates in the 5.9-GHz band. It provides secure wireless connections at high vehicle speeds (up to 120 miles per hour), low latencies and short-ranges (up to about 300 meters) and it works in hazardous weather conditions such as snow, rain and fog.

In 2012 the U.S. DoT funded a $31 million Connected Vehicle Safety Pilot Model Deployment at the University of Michigan’s Mobility Transformation Center, which included 2,800 cars, trucks and buses equipped with V2V/DSRC technology traveling on 27 square miles of roadway in Ann Arbor, MI. In 2014 NHTSA that the tests were successful and it was ready to move forward with making rules to mandate this technology.

Steven Bayless, vice president at the Intelligent Transportation Society (ITS) of America, a trade organization that backs vehicle safety initiatives, says the rule-making process could take years to complete. Once rules are in place, manufacturers will begin rolling out the technology.

The lack of rules from NHTSA is one of the reasons DSRC isn’t seen in the market broadly yet today. Auto manufacturers don’t want to invest money installing V2V technology in cars unless they know other manufactures will do so too, so a standard is required.

The government will not approve a standard until the auto industry is ready to accept it. Despite the dilemma, some manufactures are moving forward even without the mandate. General Motors’ Cadillac CTS will be the first commercially available vehicle with V2V/DSRC as an option in the 2017 model.

Cellular could answer the safety call

With WiFi-based DSRC technology still being potentially years away from being mandated, some technology companies are developing new ways of supporting V2V communication. Qualcomm is working with auto manufacturers on cellular-based V2V communication, as opposed to the WiFi-enabled V2V that uses spectrum space.

Cellular V2V could have a number of advantages over WiFi-based DSRC, says Matt Branda from Qualcomm. Company tests indicate that 5G/LTE cellular V2V could provide larger ranges of communication (up to 450 meters compared to the 300-meter range of DSRC). That could mean additional time for the driver or an autonomous driving system to avoid an accident.

While the vehicle network technology is being developed specifically for safety, there are a plethora of other use cases.

“Most folks in the automotive space see V2V as opening up a toolbox for autonomous vehicles,”

says Bayless, with ITS.

Software could be developed that would allow cars to share their routes and organize in the most efficient way while communicating with V2V. Trucks equipped with this technology could platoon together with a lead vehicle guiding the way for a handful of trucks behind it; each following vehicle would benefit from drafting and reduce their fuel consumption.

Self-driving cars could benefit from V2V too. In February 2016 a Lexus operated by Google’s autonomous driving software merged into a lane to avoid sandbags covering a storm drain and side swiped a bus that was approaching from behind.

The vehicle’s driving system detected the bus but wrongly assumed the transit vehicle would slow down and let the car into the lane. V2V communication would have informed the autonomous vehicle that the bus’s brakes were not engaged and that it was not slowing down, and therefore it was unsafe to merge into the lane. The mishap was one of the first widely publicized self-driving car accidents; and V2V technology could have prevented it.