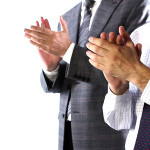 Branimir has more than 13 years of experience in Software Development.  In November 2013 he has been awarded as a Microsoft Most Valuable Professional for a 10th consecutive time in the area of Visual C#. The MVP Award was given to Branimir for his exceptional technical skills and expertise, willingness to share it with others and his technology evangelism. Branimir co-founded one of the first user groups in the area of software development in Bulgaria 10 years ago – The SofiaDev .NET User group and has been leading it since then. In 2014 the User group is celebrating its 10th anniversary with more than 1500 active users engaged in sharing best practices and contributing every day.