Global IT outsourcing up 3%, Europe jumps 27% 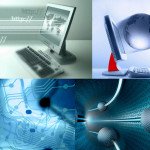 According to the latest fourth quarter Global Sourcing Market Data and Insights disclosed in TPI Index, the total contract value (TCV) of IT outsourcing deals in 2011 at $95 billion was 3 per cent higher than 2010. TPI is a global IT sourcing advisory firm that tracks larger IT deals worldwide.

At this level of annual TCV of $95 billion is also the highest since 2005 and the total number of deals at 870 is also an all-time record, TPI Index said. The TPI Index data also showed a healthy growth in the global outsourcing market during the fourth quarter (December quarter) amid record contracting activity for the full year.

The deals in the fourth quarter, according to TPI Index, which covers commercial outsourcing contracts valued at $25 million or more, found the total contract value of $26.4 billion, 7 per cent higher than the same period a year ago.

Interestingly, an analysis of TPI Index data shows that the intensified contracting activity is the result of a decade-long rise in the smallest awards. While the numbers of mega-deals and mid-range contracts awarded each year has remained relatively stable since 2002, those valued at $100 million or less have more than tripled. In fact, the TPI data shows that in the deal size between $25 and $99 million (smaller size contracts) the number of annual deals have risen from 212 in 2002 to 663 in 2011 accounting for 76 per cent of the total 870 deals in 2011.
In this period, the large deals, with deal size between $100 million and $999 million, has risen from 149 to 197 and mega deals ($1 billion and above) have actually gone down from 16 in 2002 to 10 in 2011.

“The acceleration of contracting activity alongside continued growth in overall contract value is a notable shift in the global outsourcing market,” said Information Services Group (ISG) Partner & President (Research and Managed Services) John Keppel. “Stoked as much by buyer dissatisfaction with large-size contracting as by suppliers expanding their capabilities, it is challenging clients to implement more sophisticated governance models and prompting service providers to team together to win and deliver business.”

This also corroborates HCL Technologies Vice-Chairman Vineet Nayar’s opinion that globally, many smaller IT outsourcing deals are up for grabs as several clients are unhappy with the incumbent vendors and are opening doors for new vendors.

“There are $47 billion worth of IT outsourcing deals across 249 customers coming for renewal in 2012. If 30 per cent of this goes for churn, the market opportunity is at least $15 billion,”

said Nayar. He ought to know what is going on as TPI has named HCL Tech, along with TCS, as one of the top six outsourcing vendors including IBM, HP and Accenture in the American and European markets. Among the global market zones, the Europe, Middle East and Africa zone (EMEA zone) has turned out to be the largest market with a huge growth. Fuelled by mega deals in 2011, the EMEA market jumped 27 per cent to $55.30 billion and total number of deals rose to 397 up 20 per cent. The American continent market, on the other hand, at $31 billion was down 20 per cent.