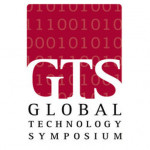 The Global Technology Symposium is the leading investment conference on venture capital, technology, and entrepreneurship in emerging markets.

Each year since 2004, the Symposium has brought more than 300 selected opinion leaders in business, finance, technology, and policymaking to Silicon Valley, where they share insights into the opportunities and challenges of globalization.

The Symposium is honored to count many of Silicon Valley’s most legendary names among its alumni. Speakers in previous years include: