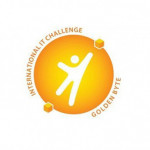 You have the opportunity to participate in the International IT Championship “Golden Byte 2017”. It is the largest Championship for talented young people with a prize fund 20 000 USD.

What the “Golden Bytes” is ?

This is a fantastic opportunity to present start-ups and projects to the leading companies in the field of IT, to share experiences with youth of other countries. Also here you can objectively evaluate your skills and project.

Our members receive a job offers from the worldknown companies. The start-up projects have promotion from venture capital funds and business angels.

Championship attends over 10 000 people from Ukraine, Belarus, Kazakhstan, Romania, Slovakia, Bulgaria, Georgia and Moldova. In the history of the Golden byte successfully implemented a large number of startups. 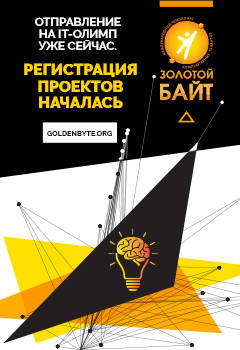 The theme of this year is “Invent Create Change”. Members can take parts in the following nominations:

Your idea could be a breakthrough in the world of IT! Be brave, take part in the International Championship of IT “Golden Byte 2017″. Registration is open http://goldenbyte.org