Google to Unveil Android O on Aug. 21 via Livestream 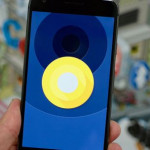 While most of the US will be staring into the sky watching the first total solar eclipse in years, Google will be gearing up to livestream the final unveiling of Android O.

The announcement came via a dedicated Android eclipse site, which features a countdown timer for the Monday, August 21, 2:40 p.m. ET livestream of Android O, a link to the official NASA stream of the eclipse, as well as a handy tool to help you visualize just how much of the eclipse you will see, and at what times.

According to the site, those who tune into the livestream will “meet the next release of Android and all of its super (sweet) new powers” shortly after the eclipse will end.

We already know quite a bit Android O, thanks to the public beta that was first released in March. The update brings performance improvements, a streamlined OS update method, a picture-in-picture mode, and notification channels. What we don’t know, however, is the final name and when it will be available. Luckily, the wait is almost over.

To watch a livestream of the announcement, be sure to visit Android.com/eclipse.