Google Is Quietly Rebuilding Itself Offline 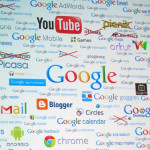 The omniscient service is now designing around its greatest limitation: those times when the cloud is out of reach.

Google is never down. It’s the most resilient, expansive cloud infrastructure ever built, with layers of redundant servers to promise that when you ask Google to look up some inane piece of trivia or search your email — from a restaurant, or in the middle of the night — it’s always there to respond.

“One of my personal mantras is Search should never fail.”

Yet for the past few years, Google has been quietly updating its offline capabilities. Search. Maps. Docs. Chrome. YouTube. Each of Google’s largest branches is now fit with some level of functionality, even when the internet is out of reach.

Maps will download cities to your phone.YouTube Red automatically downloads your favorite songs. Chrome can save webpages so you can view them even without Wi-Fi. And most recently, Google announced that even good old Googling can work without a connection.

On Android, the searches will queue up when you don’t have a connection, then the system will automatically alert the user with results when a connection comes back online.

But why this offline focus, and why now? In the U.S., we have more broadband at home, and faster speeds on smartphones, than ever before. In fact, Google’s inspiration comes from emerging markets — where 2G speeds rein supreme and data is costly. But designing for these worst-case connectivity scenarios will improve the way Google works for those of us in super-connected parts of the world, too. 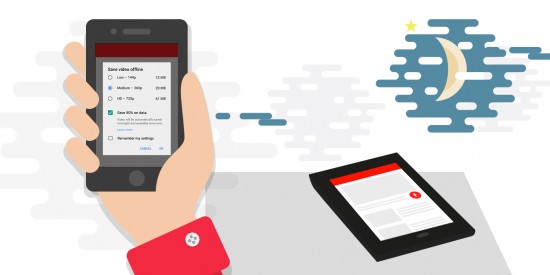 Developing for the developing world

The main answer to “why is Google going offline now?” comes down to a relatively simple truth: A billion new users are coming online in Indonesia, Brazil, and India. And Google — just like Facebook, Twitter, and every other Silicon Valley company — wants their business.

“Google Search started in the desktop world. And there are several things that come with desktops we kind of take for granted. More often than not when people have internet on the desktop, it’s pretty constant. It doesn’t fail on you. There’s a constant bandwidth. They’re guaranteed to have anything they do on desktop succeed,”

“Then smartphones happened . . . then people in the developing world — who hadn’t even seen a computer before — had a mini supercomputer in their hands. But we had to deal with a paradigm with users and network connectivity. Unlike desktops, there’s no guarantee of that connection.”

That connection in a place like India is often at 2G speeds. That’s pretty borderline for streaming video all that well, and users are on very small data rations that can make streaming even short, standard definition videos costly and would be consumed countless times over by a weekend Netflix binge.

Plus, wireless networks in these areas are spotty at best.

“We developed these features specifically for new smartphone users coming online in [places like] Nigeria, their network bandwidth is a pretty big premium on daily medium income,”

And they also had to make sure Google felt like a consistent, reliable experience for the end user . . . even when Google itself was out of reach.

For Sharad’s team on Search, this led them to introduce the aforementioned search queues. They also streamlined the search results automatically in these 2G zones, expending 90% less data with similar information by packaging the media and typography of results more efficiently, a design choice that saves bandwidth.

“One of my personal mantras is Search should never fail,” says Sharad. “When people come to Search, they have a question they need answered. Unlike a social network, there’s something they need an answer to.”

It’s only a bigger challenge for YouTube. Jay Akkad, product lead on the Next Billion Users at YouTube, has a background in building all sorts of technological efficiencies into video codecs, automatically throttling the quality of image to your connection speed to offer the buffer-less streaming to which we’ve all become so accustomed.

Google even goes so far as to park that funny cat video on a server that’s closer to your home, so that it streams to you faster and more reliably.

“But ultimately, we realized the last-mile problem in these countries is hard to crack purely with technology,” says Akkad. The solution would have to be found, not in engineering YouTube’s back end, but in reconsidering the design of YouTube’s front end. “What if we didn’t think of ourselves as a streaming service, but as a download service?”

In 2014, Google launched offline YouTube in India as just that. Rather than streaming content, users would be prompted to download videos when they were on a stable connection, usually at home.

By 2016, YouTube even introduced the option to download these videos at night, when data costs are cheaper in many areas, because there’s excess bandwidth on the network.

Then the videos are waiting on the user’s phone for their commute the next day. (This feature is not available in the U.S., nor is it planned for a future release.)

Truth be told, this solution isn’t that difficult. In fact, it had been done before, Akkad admits. In the 1990s, most of us in the U.S. downloaded any video we wanted to watch on a computer.

The larger challenge for YouTube in India was how content could be shared. In a demographic study talking to hundreds of locals, Google learned that many people dealing with expensive 2G connections in India instead “sideloaded” content — or basically, shared videos via SD cards and other manual means.

(Notably, Fast Company discovered a similar trend alive and well in Cuba.) The solution was to not just allow YouTube to be downloaded, but also shared via local options like Bluetooth.

“What we worked on was a way to share videos, with anyone on the app, peer to peer, seamlessly from one phone to another,” says Akkad. “We don’t have that in the U.S. In the U.S., we think the model for sharing is, ‘I’d just send you a link.’ That’s where we focus our effort here.”

Good ideas scale to every market

And yet, what Google is learning now is that it’s not only Americans who have so called “first-world problems.” Or put differently, if connectivity and data overages are a problem in India, they’re actually a problem in the U.S., too.

In any given day, it’s common for people in the U.S. to lose a connection when driving under a bridge, walking into a concrete building (parking garages are the worst), or hopping on an airplane. It’s why, on YouTube Red, Google actually uses AI to automatically download songs that the service believes you will like.

“The music app does a good job where it automatically caches a lot of music offline they know you listen to, which is easy to do with music,”

We also have scary overages in America, with increasingly limited data plans.

“In the U.S., cell networks are not as congested as India, but they’re still a pinch on the wallet. So we’re applying the same learnings and product solutions as we are in developing markets back in the U.S. when they make sense,”

“the user expectation is a little bit different,”

he admits. In the U.S., we’re not really willing to download the YouTube clips we want to watch 12 hours later on the train.

Which is probably why there are no plans for downloadable videos or music through the standard free version of YouTube in the U.S. Yet pre-caching content may still solve a pressing issue — in YouTube VR.

“A problem we need to solve for the U.S. is, how do we do an awesome job of providing a VR or 360 experience? VR rendered in 4K is 4K times 12. Multiply the bandwidth of a 4K video, at 20Mbps, times 12, you’re beyond the capacity of what most users can do,”

“In those situations, things like offline, aggressive pre-caching makes sense. We’re developing those things in the same way we would developing markets, but applied in a different problem set.”

Search may prove a bit more difficult. Unlike, say, Google Maps, in which you can literally download city maps to your phone, or even Google’s voice recognition, which can now run paired down with nothing but your mobile processor,

“Search is a little bit of an unbounded problem,”

“We’re not really sure what the users will come and ask us.”

In fact, 15% of the searches that Google sees every day are actually entirely new — meaning it’s the first time Google has seen these searches at all.

However, given that Google knows so much about us, isn’t it possible that it could learn my individual habits? Couldn’t it know that I always search for restaurants when I land in a new city and just have them ready to go on my phone?

Indeed, Sharad admits that Google is considering how predictive search — essentially knowing what a user will ask for before they even ask it — could fill in offline gaps, pre-caching one’s phone with all of the information they will soon want to know.

“The main reason we haven’t gone hog wild on trying stuff offline [is] it’s very important that we serve the user every time in a consistent manner,”

“If I get a result from Google that is not right for whatever reason, my trust in Google may go down. We want people to know that when ‘I go to Google, I get consistently good results.’ I don’t want results for results sake.”

“Hopefully, fingers crossed, we’ll be able to come up with something exciting for you guys.”