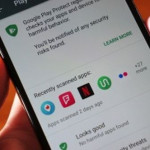 Google has long sold its Cardboard VR format as a super accessible platform for getting people into virtual reality. One of their major initiatives for it has been in education markets through its Google Expeditions program, which allows students to get in the center of 360 photos and 3D scenes with historical importance.

The program has enabled trips to the TaJ Mahal, Colosseum and behind the scenes of Alexander Hamilton’s life. Today, the company announced it is opening the educational VR tours to the public through a new Expeditions App. All you need is a Cardboard or Daydream headset and an Android phone.

While Expeditions was always built with classrooms in mind, the app will introduce a solo mode that allows people to explore the nearly 600 available tours on their own. In group tour settings, you’ll be able to connect the devices over wifi and have a guide direct explorers through the tour.

Google is adding a couple little things to improve the experience, including an annotations feature which will allow a guide to draw inside the 360 sphere and bring attention to certain features of the environment as they’re touring about in VR.

The app is  Android-only for now, though the company says that it will be arriving on iOS soon as well.