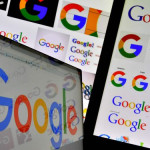 Alphabet Inc.’s Google moved 15.9 billion euros ($19.2 billion) to a Bermuda shell company in 2016, regulatory filings in the Netherlands show — saving the company billions of dollars in taxes that year.

Google uses two structures, known as a “Double Irish” and a “Dutch Sandwich,” to shield the majority of its international profits from taxation. The setup involves shifting revenue from one Irish subsidiary to a Dutch company with no employees, and then on to a Bermuda mailbox owned by another Ireland-registered company.

The amount of money Google moved through this tax structure in 2016 was 7 percent higher than the year before, according to company filings with the Dutch Chamber of Commerce dated Dec. 22 and which were made available online Tuesday. News of the filings was first reported by the Dutch newspaper Het Financieele Dagblad.

“We pay all of the taxes due and comply with the tax laws in every country we operate in around the world,” a Google spokesman said in a statement. “We remain committed to helping grow the online ecosystem.”

Google is under pressure from regulators and authorities around the world for not paying enough tax. Last year, the company escaped a 1.12 billion euro French tax bill after a court ruled its Irish subsidiary, which collects revenue for ads the company sells in France, had no permanent base in the country. The European Union has been exploring ways to make U.S. technology companies, many of which use similar tax shelters, pay more.

The Irish government closed the tax loophole that permitted “Double Irish” tax arrangements in 2015. But companies already using the structure are allowed to continue employing it until the end of 2020.

According to U.S. financial filings, Google’s global effective tax rate in 2016 was 19.3 percent, which it achieved in part by shifting the majority of its international profit to the Bermuda-based entity. Applying that tax rate, Google would have saved $3.7 billion via the 2016 transfer.

Tax expert Robert Willens said a better way to calculate Google’s savings would be to apply Ireland’s 12.5 percent tax rate to the amount of money shifted to Bermuda because the income would otherwise have been taxed there. Under that scenario, Google would have saved about $2.4 billion in taxes.

Google held $60.7 billion overseas at the end of 2016 on which it hadn’t yet paid U.S. income taxes or “foreign withholding taxes,” the company said in a filing with the U.S. Securities and Exchange Commission.

For years, U.S. tax law has given American companies an incentive to keep their foreign earnings offshore by allowing them to defer U.S. taxes until they return those profits to the U.S. But that changes this year; the U.S. tax law passed last month will require companies to pay taxes on the overseas income they’ve stockpiled to date at one of two rates: 15.5 percent for income held as cash or cash equivalents and 8 percent for less liquid assets.

The Dutch company then transfers this money on to Google Ireland Holdings Unlimited, which has the right to license the search giant’s intellectual property outside the U.S. That company is based in Bermuda, which has no corporate income tax. The use of the two Irish entities is what gives the structure its “Double Irish” moniker and the use of the Netherlands subsidiary as a conduit between the two Irish companies is the “Dutch Sandwich.”