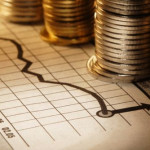 The Russian government has prepared a resolution which paves the way for the disbursement of any remaining funds left in the Ministry of Communications budget for the construction of high-tech industrial parks to the Moscow Physics and Technology (MIPT) Technopark being built in the north of Moscow.

Dmitry Alexandrov, the recently appointed director of the Center for Innovative Development which acts as the technopark’s management company, has said that updated figures will be released during the summer.

Moscow Mayor Sergei Sobyanin made the current financial data for the project public on June 3 at a ceremony at which a time capsule was laid in the future building’s foundation. He said that about 2 billion rubles ($58.1 million) will be invested in infrastructure, of which 730 million ($21.2 million) will be offset by federal subsidies.

The construction of the MIPT Technopark is part of the larger Phystech 21 project to create regional innovation clusters. MIPT Technopark will join other similar sites in the region such as the Moskva, Strogino and Slava technoparks.

The Ministry of Communications has reported that the first stage of the new technopark will be completed before the end of 2014 and that it expects teams to take up residence in 2015.

According to a description of the project posted on the Center for Innovative Development website, the new park will cover a total area of 30,709 square meters. The facility will include exhibition areas, a 600-seat conference hall and co-working spaces. Housing is also to be provided for residents.