Growth back on Agenda of IT Outsourcing Providers 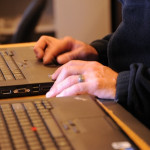 Growth is back on the agenda for IT outsourcing (ITO) providers, according to a survey by IT research and advisory firm Gartner Inc.

Sixty-two per cent of respondents identified growth as the top strategic goal this year, with aggressive marketing plans and investments in cloud, utility and ‘as a service’ offerings, it said in a statement.

It is clear that providers are optimistic despite considerable uncertainty in the global economies,

Gartner conducted an online survey in the first quarter of 2011 among 47 ITO providers, accounting for 62 per cent of the total ITO market.

The respondents represented the full range of providers, all major geographies and all types of ITO services, including infrastructure (data centre, desktop, storage and network), applications and cloud services.

Many ITO providers are intending to commit serious marketing funds and target new accounts to outgrow the market,

The survey found at least 50 per cent of outsourcing providers said they would spend 2 to 5 per cent revenue on marketing in 2011, which is higher than the historical norm for marketing expenditure as a per cent of revenue (which has tended to be 1 per cent to 3 per cent for IT services providers).

At the same time, ITO providers continue to invest significantly more in sales than marketing as demonstrated by two-thirds of providers indicating sales expenses are greater than 6 per cent of revenue, it said.