Growth is back on the agenda for IT outsourcing providers:Gartner 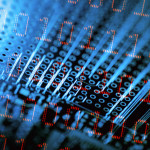 Gartner conducted an online survey in the first quarter of 2011 among 47 ITO providers, accounting for 62 percent of the total ITO market.

Growth is back on the agenda for IT outsourcing (ITO) providers, according to a recent survey by Gartner, Inc. Sixty-two percent of respondents identified growth as the top strategic goal this year, with aggressive marketing plans and investments in cloud, utility and “as a service” offerings.

“It is clear that providers are optimistic despite considerable uncertainty in the global economies,” said Rolf Jester, vice president and distinguished analyst at Gartner. “However, we predict the ITO services market will reach $313.2 bn in 2011, a growth of 6.9 percent from 2010, and will reach 4.6 percent compound annual growth rate through 2015.”

Gartner conducted an online survey in the first quarter of 2011 among 47 ITO providers, accounting for 62 percent of the total ITO market. The respondents represented the full range of providers, all major geographies and all types of ITO services including infrastructure (data center, desktop, storage and network), applications and cloud services.

“Many ITO providers are intending to commit serious marketing funds and target new accounts to outgrow the market,” said Bryan Britz, research director at Gartner. “The survey found that at least 50 percent of outsourcing providers said they’ll be spending 2 to 5 percent of revenue on marketing in 2011, which is higher than the historical norm for marketing expenditure as a percent of revenue (which has tended to be 1 percent to 3 percent for IT services providers). At the same time, ITO providers continue to invest significantly more in sales than marketing as demonstrated by two-thirds of providers indicating sales expenses are greater than 6 percent of revenue.”

With growth on the agenda, ITO providers will prioritize the pursuit of new clients. Forty-five percent of all ITO providers indicated that winning new clients is the top priority for 2011. At the same time, they recognize that the bulk of this year’s actual revenue growth will continue to come from existing accounts. Overall, between 66 percent and 70 percent of expected growth in 2011 will be generated by existing clients.

Gartner also asked providers to identify the percentage of ITO deals that will include delivery models as part of the contract. Overall ITO providers are realistic about their expectations for cloud deals in the current year and in 2012. The average percentage of deals expected to include cloud services and utility services or “as a service” delivery models is 18 percent for data center deals in 2011, growing to 24 percent in 2012.

However, ITO providers are conservative in their views of how the cloud phenomenon will affect their ITO deals by 2015. Only 34 percent of respondents said that their data center ITO deals will incorporate cloud/utility/as-a-service by 2015, but 26 percent don’t believe they will be involved in any of these deals.

“There is no going back to business-as-usual for ITO providers,” said Allie Young, vice president at Gartner. “Traditional business models are being turned inside out: it has started with the new business models and cloud ecosystem, and these trends will continue to impact the outsourcing business. “Providers that ignore those trends could find themselves stuck with yesterday’s delivery models and high cost structures as the market moves on around them.”