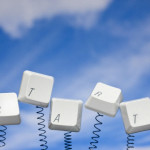 IT Europa, a leading European IT publisher and market intelligence organization, announced the finalists of the European Software Excellence Awards 2012, the pan–European awards event for ISV (Independent Software Vendors) and Software Developer channels. This year, the contest attracted entries from 18 countries. A total of 36 companies from 14 European countries have made the finals.

The European Software Excellence Awards comprise twelve ISV awards and two awards for suppliers. The categories have been designed to enable all types and sizes of companies from the European ISV community to participate in this prestigious event. All the awards recognize business solutions rather than product features and thus reward excellence in the development and delivery of real end–user solutions.

“The quality of entries was extremely high and demonstrated the depth of talent in the software community across Europe,” stated Alan Norman, Managing Director of IT Europa. “Finalists have come from right across Europe with Central and Eastern European countries well represented.”

John Chapman, Editorial Director at IT Europa, added: “What is so exciting and uplifting is the real skill and ingenuity shown by the companies in many of the solutions. Our judges have a lot of experience in the IT industry and sitting on such judging panels, so to have such comments as `what a superb solution’ and `transformational’ from them was incredible to hear.”

IBA Group (IT Park and IBA Gomel Park) nominated two projects for the European Software Excellence Awards and both of them were selected finalists, the categories being Information Management and Vertical Market.