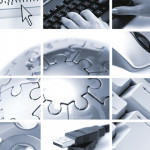 Last week, several senior Russian politicians attended a meeting at the Novosibirsk Technology Park Science Campus with a view to improving the efficiency of public administration through information technology, and other related issues. Also present were representatives from a range of science- and technology-based spheres, including Valentin Makarov, President of RUSSOFT, leading IT association that promotes the interests of Russian software companies.

One of the most significant government initiatives of the last few years is the development of an e-government strategy. It was no surprise then that extending the maximum potential capabilities of modern information technology to improve the efficiency of the State was on the agenda. The large-scale computerization of government agencies was hailed as ‘a significant resource for strengthening the national economy, increasing investment attractiveness of the country and, of course, the most important condition here – an effective modernization of the social sphere, [with] qualitative changes in health, education, and the social protection system.’

Ministers calculate the under the new system, government agencies perform from 50 to 100 thousand requests a week online. This means that tens of thousands of people have been saved from running around the chain of command.

One other function of the widespread introduction of information technology will be to provide simpler and more transparent communication between citizens and the power structure; this is a real and very effective anti-corruption measure. Electronic government initiatives have been undertaken by several Russian software providers, including Reksoft, who have performed a number of important projects for the Federal Migration Service.

RUSSOFT president Valentin Makarov’s suggestion of creating a single body which would be responsible for the support of Russian firms’ foreign economic activity was accepted at the meeting. This body would also include a fund to support high-tech imports and exports to improve access to global markets, and make it easier to bring high-tech hardware and equipment into Russia.

The main tasks now are to identify which products should be supported and why. As so often with government funds, the devil is in the detail: isolating appropriate products involves nurturing relationships with specific developers and manufacturers.

But Russian software companies will be happy that their adventures in outsourcing will be strengthened by this commitment from the government. It suggests that Russia’s economic dependency on its energy reserves is giving way to an emphasis on high-tech exports. Ministers expressed their willingness to fully support the whole spectrum of IT technologies, especially as demand for high-quality, advanced design has consistently increased both in Russia and abroad, in corporate and public life.

One of the main topics under discussion was related to extending tax relief for IT companies to create a more favourable taxation environment. Currently, the tax burden is lightest on those companies with operations within Russia’s designated Special Economic Zones (SEZ). This follows a similar strategy to that applied in India and China. Elvira Nabiullina, Russia’s Minister of Economic Development and Trade, was urged to look into the possibility of extending the range of exemptions and creating additional SEZs.

Prior to the meeting, however, the Ministry of Finance had sounded a note of caution, noting that further tax relief could ‘create a non-competitive environment’ for those businesses working in the same industry but outside industrial parks, who would not receive the same level of government support. This is a difficult balancing act for the government, and keeping both sides happy is not easy. Thirteen such specialised sites, including the one in Novosibirsk, have already been set up and since 2007, 5.5bn roubles (just under $200m) in investment has been delivered via direct government funding.

In a similar story, Natalia Kasperskaya, CEO of InfoWatch, brought up the need to further reduce the threshold number of IT employees needed to trigger savings in social tax. This proposal was accepted, and will protect smaller IT start-ups in their most vulnerable state. Start-ups in the high-tech sector will be able to receive government subsidies for five years, since many projects involve products that take years to be developed such as complex corporate systems.

All in all, it was a positive meeting for the Russian software industry at a time when its leading members are consolidating their leading position on the world stage.