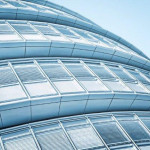 According to the results of the Republican Best Exporter Competition 2011, three HTP resident-companies became the winners: Exadel, Game Stream, ScienceSoft.

Exadel won in the category “IT Development”, Game Stream and Science Soft received Diplomas of Appreciation of Belarusian Chamber of Commerce and Industry in nominations “IT Development” and “Services” respectively.

The awarding ceremony will take place in the complex Minsk-Arena on May 24, 2012 at 6 p.m.

The Best Exporter Competition is held annually by Belarusian Chamber of Commerce and Industry together with the ministries, state committees, groups of companies, regional and Minsk City Executive Committes as well as public associations. The competition includes 18 nominations.