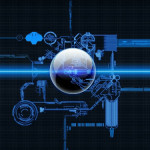 With its high resolution video and audio capture and recording capability, the system is designed not only to monitor crime and anti-social behaviour in public areas but also to provide telemetry, traffic and vehicle information around the region.

Kaposvar has taken a unique architectural approach to designing the system, basing the entire ‘physical’ network purely on wireless technology rather than the traditional copper or fibre architecture typically utilised in these types of networks.

The CCTV surveillance system is now fully operational and operating, with more than half of the planned camera sites now installed and monitoring key areas of the city.