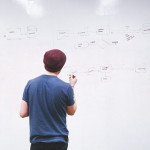 2017 was a golden year for startups. This is a world of gambling where both success and failure can be enormous. Luckily, most of the Hungarian startups did well so far, some of them even reached as far as the USA. This year seems to hold some exciting ideas, waiting to become a reality. Here are a few examples collected by Forbes.hu.

This enterprise, which is researching the field of medicine, had an exciting year in 2017. Turbine goes through long and complicated medicine combination experiments in no time with the help of artificial intelligence. It helps to treat tumorous diseases.

E-publishing is an extending market, and a Hungarian enterprise has just appeared on the radar in December. It was extended to the USA after one and a half million dollars of investment. The startup was mentored by Google for a while in their Launchpad program. Now they are cooperating with Apple.

Bitrise launched in 2014, and it develops a software that makes the life of mobile application developers easier. The point is to save time, money and resources for IT companies and their crew. They already have partners such as Foursquare, Invision, Plangrid and Product Hunt.

There are a bulk of data collector services in the hotel industry, but Event Intelligence made a twist on the traditional idea: with its help, hotels can foresee the events that are to be hosted nearby so that they can adjust their prices according to this information. Marriot has already shown interest towards the idea and data collection is in progress in multiple cities in the USA.

Energy production is an essential branch of business, so novelties are always welcome. Most of the heat storage devices run on water nowadays. Heating can store energy and cool the water. At least this is the original idea, but HeatVentors came up with the improvement that phase changing materials should change their state of matter.

It is the Hungarian startup with the second largest capital investment after Prezi. It is not a surprise, as the self-driving car is an idea in which everyone is interested. AIMotive is an enterprise that develops software for these futuristic vehicles.

This type of service means that anyone who owns a vehicle — even if it is a bicycle — can assume food delivery through an interface like Uber. 2018 promises much excitement for these enterprises as on-demand services will rival them.