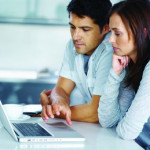 On March 12, 2015, the High–Tech Park (HTP) revealed its financial and operating results for 2014 at a press conference held in Minsk, Belarus. According to Valery Tsepkalo, Director of the HTP Administration, IBA IT Park was named as the #1 supplier to the Belarusian market. IBA IT Park is a member of IBA Group and its development center and has been an HTP resident since 2007.

Based on the 2014 results, IBA IT Park is recognized in the following categories:

In addition, some HTP residents improved their ratings in Software 500–2014 and the 2014 Global Outsourcing 100.

Today, 137 companies are members of the Belarusian High–Tech Park. They develop software products and provide IT services to clients in 56 countries. As of January 1, 2015, the total number of HTP employees is 20,995. In 2014, 2,957 new jobs were created.