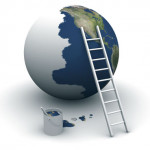 For the fourth consecutive year, IBA Group was ranked as one of the world’s largest software companies in the Software Magazine’s Software 500 rating, now in its 29th year.

The ranking is based on total worldwide software and services revenue for 2010. This includes revenues from software licenses, maintenance and support, training and software-related services and consulting. Suppliers are not ranked on their total corporate revenue, since many have other lines of business, such as hardware.

“The 2011 Software 500 results show that revenue growth in the software and services industry was healthy, with total Software 500 revenue of $541.5 billion worldwide for 2010, representing approximately 10 percent growth from the previous year’s list,”

The total employee number grew by 15.7% and more than 100 companies are on the list in 2011 for the first time, a reflection of the dynamic nature of the industry.