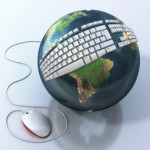 IBS Group, a leading software development and IT services provider in Eastern Europe, was ranked as the largest Russian IT company by market share in the influential IDC survey for the fifth consecutive year.

According to IDC, a well-respected global provider of market intelligence in the IT, telecoms, and consumer technology markets, IBS Group was the leading Russian IT services provider in 2010 with 6.2% share of the Russian IT services marketin 2010 compared to 5.3% for its nearest competitor.

“We expect the Russian market to sustain its recent robust growth trajectory supported by the deferred demand from 2008-2009. Furthermore, expansion of “cloud”-related technologies and introduction of various new sophisticated technologies for processing large data volumes represent secular trends in the IT industry that will ensure continued demand for value-added professional IT services in Russia”, said Sergey Matsotsky, CEO of IBS IT Services.