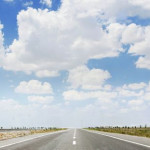 Total spend on IT infrastructure products deployed in cloud environments will hit $44.2 billion (£36.6bn) in 2017, according to the latest analysis from IDC.

The findings appear in the firm’s latest quarterly cloud IT infrastructure tracker, and argue that the primary spend (61%) will come through public cloud data centres, while off-premises private cloud environments will contribute almost 15% of spending.

Overall spend on IT infrastructure – including server, enterprise storage, and Ethernet switches – will increase by 18.2% in 2017, while spending on traditional, or ‘non-cloud’ IT infrastructure will decline by 3.3% this year. 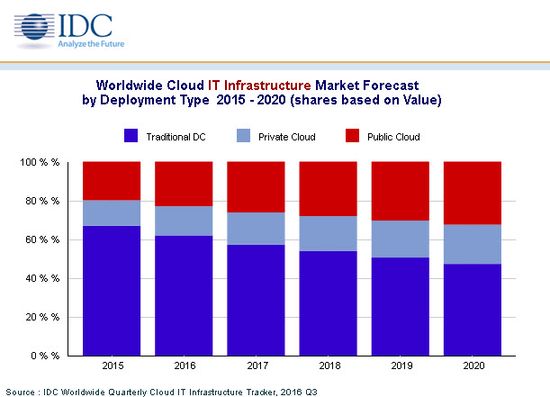 IDC argues that in the longer term, spending on off-premises cloud IT infrastructure will have a CAGR of 14.2% and an overall size of $48.1 billion by 2020, with public cloud data centres accounting for more than 80% of this figure.

“In the coming quarters, growth in spending on cloud IT infrastructure will be driven by investments done by new hyperscale data centres opening across the globe and increasing activity of tier two and regional service providers,”

“Another significant boost to overall spending on cloud IT infrastructure will be coming from on-premises private cloud deployments as end users continue gaining knowledge and experience in setting up and managing cloud IT within their own data centres,”

Back in July, IDC noted in a short research note how public cloud IaaS will ‘transform’ the enterprise IT value chain. By 2018, the analyst firm says, four in five IT organisations will be committed to hybrid architectures, while public cloud IaaS revenues are set to more than triple between 2015 and 2020.