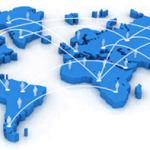 The volume of the Russian IT market will grow by 7 percent to $34.8 billion in 2013 according to research carried out by IDC, Digit.ru reports.

According to IDC, personal users will account for the majority of Russian growth. Individuals are followed by the transport, communications and public utilities sectors. The segment of the market represented by government, education and healthcare is also expected to provide significant growth in terms of volume through major investments in the segment by the Russian state.

IDC analysts suggest that the highest growth rate, above 10 percent, will be seen in the software and IT services segments. The market in hi-end servers, however, will fall by 10 percent and that of personal computers by 6.5 percent, the firm predicts.

In the period from 2013 to 2017, IT spending is predicted to grow by an average of 6 percent, with market volume expected to reach $46.7 billion. High growth rates, averaging 10.7 percent annually, will result from growth in IT costs for retailers. A relatively high growth rate of 8.2 percent per year is projected for banks, insurance companies and other financial services.

IDC analysts attributed higher oil prices, preparations for international sporting events and the growth of Internet penetration as factors driving the growth of the market.