Influence of Internet on the Rise in Slovakia 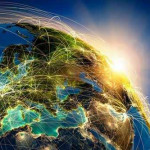 Internet and social media are starting to gain a dominant position over print media as a source of information among the citizens of the Visegrad four countries (Czech Republic, Hungary, Poland and Slovakia), wrote SITA on Sunday.

The agency cited research conducted by the International Republican Institute. According to the published data, only 14% of Slovaks get the majority of their information from newspapers, compared to 23% from the internet. However, approximately one third of people cited TV and radio as their main source of information with private media being a little more dominant than public ones, with 30% from public TV and radio broadcasters and 33% from private media.

The research also indicates that as many as 40% of Slovaks use the internet as a source of information every day. On the contrary, 12% of respondents never use the internet as source of information. The research also looked into how people perceive mainstream media. According to this, as many as 38% of Slovaks (the highest number from among the Visegrad four countries) believe that they are professional, unbiased and provide all the necessary information.