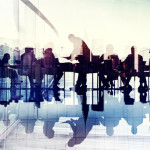 Samsung’s ‘Be Like Tesla’ project has inspired Serbian’s youth to pursue innovative ideas.

Driving into and parking at a conference hall in the various cities it visited, the caravan housed interactive lectures for students utilising the technology tools of the Samsung Digital Classroom.

All lectures were performed by the popular young Serbian actor Biojan Dimitrijevic, who playing the part of Nikola Tesla, taught children about his life achievements. In total, over 3,000 students visited the caravan during its tour throughout Serbia.

The project was launched in celebration of the 160th anniversary of Tesla’s birth.

For fans of science, Serbia is well-known as the birthplace of many world famous scientists from Mihailo Pupin to Mileva Einstein to Milutin Milankovic.

However, among these, the name that often first comes to mind when thinking about Serbia and its contributions to the scientific community is the inventor of the modern AC electricity supply system, Nikola Tesla.