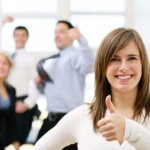 Thanks to the multi-core era, it has become imperative for software developers to exploit parallelism inherent in their applications.

Inte® Advisor XE obviates guesswork and trial-and-error based approaches, and instead guides developers to confidently model and transform serial portions of code to parallelized versions in a step by step methodical fashion.